Node.js mock server running live, interactive mocks in place of real APIs. It makes able to define many different responses for a same route, so, you can change the whole mocked API behavior by simply changing the response of one or many routes while the server is running.

Why a mock server?​

Controlling the responses of the API will improve the development workflow, avoiding early dependencies with the team developing the API. It also improves the testing of error cases or another cases that are commonly hard to reproduce with a real API.

Defining the API responses during the earliest phases of development will improve the communication among team members and align their expectations. 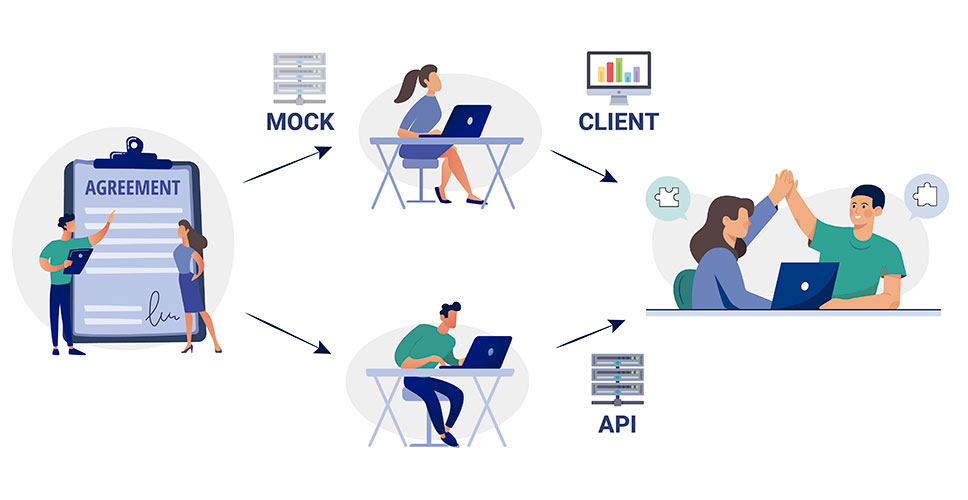 As explained, Mocks Server is able to handle different responses for each route, and store different sets of responses in order to simulate different API states. So, there is only one mock server running, but it can contain and switch between many different predefined API state simulations, like each one of them was a different mock.

Easy to start and flexible​

Can be controlled using:

Mocks Server is essentially a set of NPM packages, so it should be added as an NPM dependency of your project.

It can be started simply running an NPM script:

The quick start chapter will help you to take your first steps with Mocks Server.

Define your mocked API routes in JSON, YAML, JavaScript or TypeScript files. Mocks Server loads them automatically and watches for changes. Defining routes using any of the available APIs is also possible.

Each route can contain many different variants defining different responses, and you can choose which variant has to be used by each route on each particular moment.

Depending on the variant type, variants can be defined in many ways, from plain objects to plain text, or even Express middlewares, and they act in different ways also, from sending a response to proxy the request to another host.

For example, variant types included in the main distribution are:

Configure the server simply modifying the configuration file at the root folder of your project, or use command line arguments, or even environment variables.

For changing options while it is running, you can also use any of the available integrations tools that enable live interactions with Mocks Server.

Providing a Javascript API, an interactive command line interface and a REST API for changing the responses of the mocked API while it is running, it is easy to use both for development and testing.

Tools providing integrations with other ecosystems are also available, such as Cypress commands or Docker image.

Mocks Server provides many ways for you to make it fit your requirements, giving you the possibility of extend it with any new amazing feature you want: