Mocks Server
This is documentation for Mocks Server 2.3.0, which is no longer actively maintained.
For up-to-date documentation, see the latest version (2.6.0).
Version: 2.3.0

All files inside the /routes folder will be loaded, including subfolders, so you can organize the files in the way you want. As a suggestion, you can create a different file for each API entity, and a different folder for each API domain. This will help to maintain your routes organized. For example:

This file contains the definitions of mocks, and its name can't be changed (you can also use a .js extension if you want, or even any other extension if you are using Babel). It must export an array of Mocks Server mocks.

Other files and folders​ 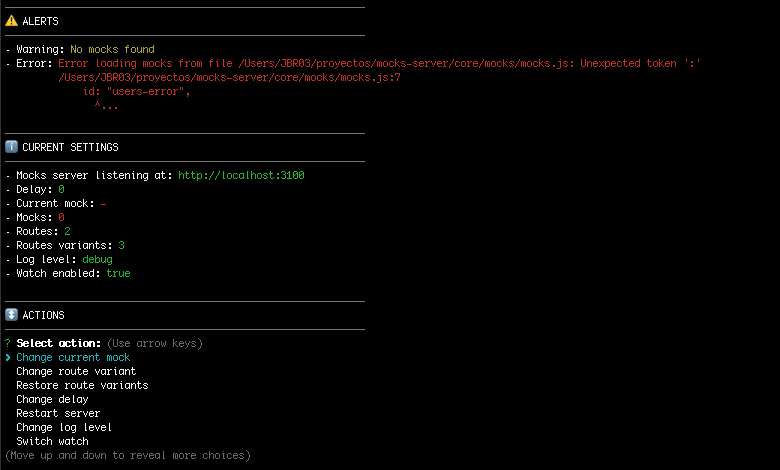 Sometimes you'll need to change the response of only one specific route. Instead of creating a new mock for that, remember that it is also possible to change the current variant of one route using the useRouteVariant method, and to restore the original mock routes variants using the restoreRoutesVariants method (read API for further info). These methods are also available through the plugin-inquirer-cli, plugin-admin-api and @mocks-server/cypress-commands plugins.